We visited the North East Land, Sea, and Air Museum today. We happened to be over Washington way, and considered the Wetland Centre and Washington Old Hall, but settled on the Air Museum as James is fairly transport mad.

The museum is well hidden and you have to know to take the Nissan turn-off on the A19 before you see the first brown sign (or use sat nav, of course!) .

James loved seeing the windmills so close by, too.

The car park is very muddy at the moment, so, if like me you are using your other half’s car, be prepared for moans about the dirt getting in the car!

Entrance to the museum is £5.00 for adults, and free for under-5s. You go through a little portacabin where there’s a wee shop and cafe, and out into the yard.

We headed for the main hangar right away, but there are others with a load of planes and vehicles in. For reasons I will explain later, we did not explore the whole museum today.

As you go through the door, you go into a room with a plane engine in. I explained what it was to James, and he nodded sagely.

There is also an extremely interesting display of memorabilia from the 1940s. There are a few gas masks, including one for a baby, and an explanation of food rationing.
However, there are also a lot of mannequins, either showing the uniforms, or demonstrating normal life in the 1940s. There’s a door you can open to see a man on the toilet. All these mannequins were really scary to James. He went from feeling really excited to feeling nervous.

I had to carry him past displays I knew he’d normally be keen on to the large open area where most of the planes and helicopters are on display.

There is a cockpit you can sit in to fly the plane. They have the nose separated and a seating area laid out. I think, in all honesty, that they could’ve done this a bit better. There is only one very tatty plane-style seat, the other 3 are black stacking chairs like we had in school. The buttons in the cockpit are printed on a sheet of mdf or cardboard. The handles are broken. Of course James thought it was brilliant and found it difficult to leave to let other visitors take a turn. 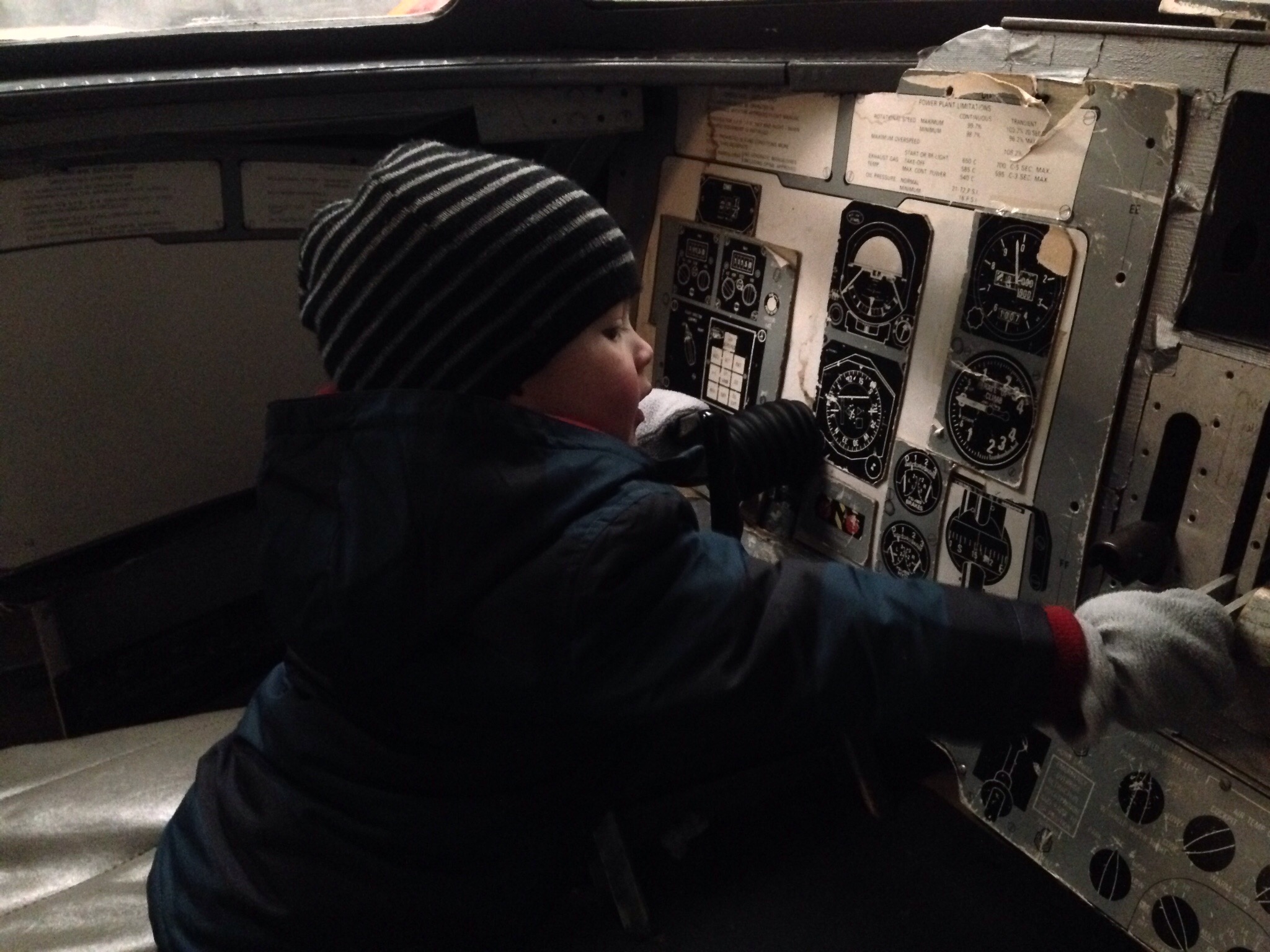 This helicopter is only 20p a ride! Did I have a 20p coin? Of course not. James was happy to sit in it for a little while.

There are so many planes here. James didn’t want to look at them, though, which is so unlike him.

There was a Concorde nose made to look like it had crashed through the wall. Oh my goodness, did James not like that! It really worried him. He said this plane (below) had a hole in it. No, he didn’t want to look in the hole…

He absolutely loved these little model planes. He spent a long time admiring them in various cabinets, before he remembered the Concorde and asked to leave.

So, my transport-mad boy didn’t enjoy it today. I’m not sure that it was totally down to the mannequins, but they certainly contributed to his change in mood. I think we’ll be back, because he’ll know what to expect next time.

Get the latest from live, laugh, go!

This morning we discovered James doesn’t have an

Ad | We’ve been playing this board game recently

AD| We were excited to be invited down to Nuffield

The thought of nits is the itchiest thought in the

And that’s it! Another week done! To celebrate w

I’ve been in back to back meetings all day today

Give a child a stick and they have everything they

I’ve been trying to have a healthier new year, w

Do you get annual passes to anywhere for cheap fam

“Know what you want to do, hold the thought firm

I’m hoping the kids sleep tonight. Today is the

What do you call this period between Christmas and

Merry Christmas from our family to yours. Wishing

We try to only visit one Santa per year and Woodho

What do Santa's elves learn at school? The elf-ab

Who loves a good garden centre Christmas!! They do

AD| Have you entered the prize draw to win a pair