Top
You are here: Home / Fun in the house / Potty training

We’ve been helping James use the toilet for a while now. He has been pretty reliable at using the toilet or potty since July when at home, but despite several stabs at it, wouldn’t use the little toilet at nursery. I was finding that those two days at nursery each week had a negative impact on James being willing to entertain the potty at home, so I stopped the whole thing a few times.

About three weeks ago, James started to tell us again that he didn’t want to wear nappies, and would rather wear pants. No problem, I said, just remember to tell Mammy or Daddy when you need the toilet. Okay, he says, and was consistent for two days. Then Thursday arrived, and with it another day at nursery. He came home with three wet pairs of pants (a vast improvement from the time he came home with 11 dirty pants!). We have about one accident every other day at home, so I wondered about sending him with pants or telling them to use nappies on the Friday. I chose pants. He came home with two wet pairs, and three stickers, which means he used the potty three times. 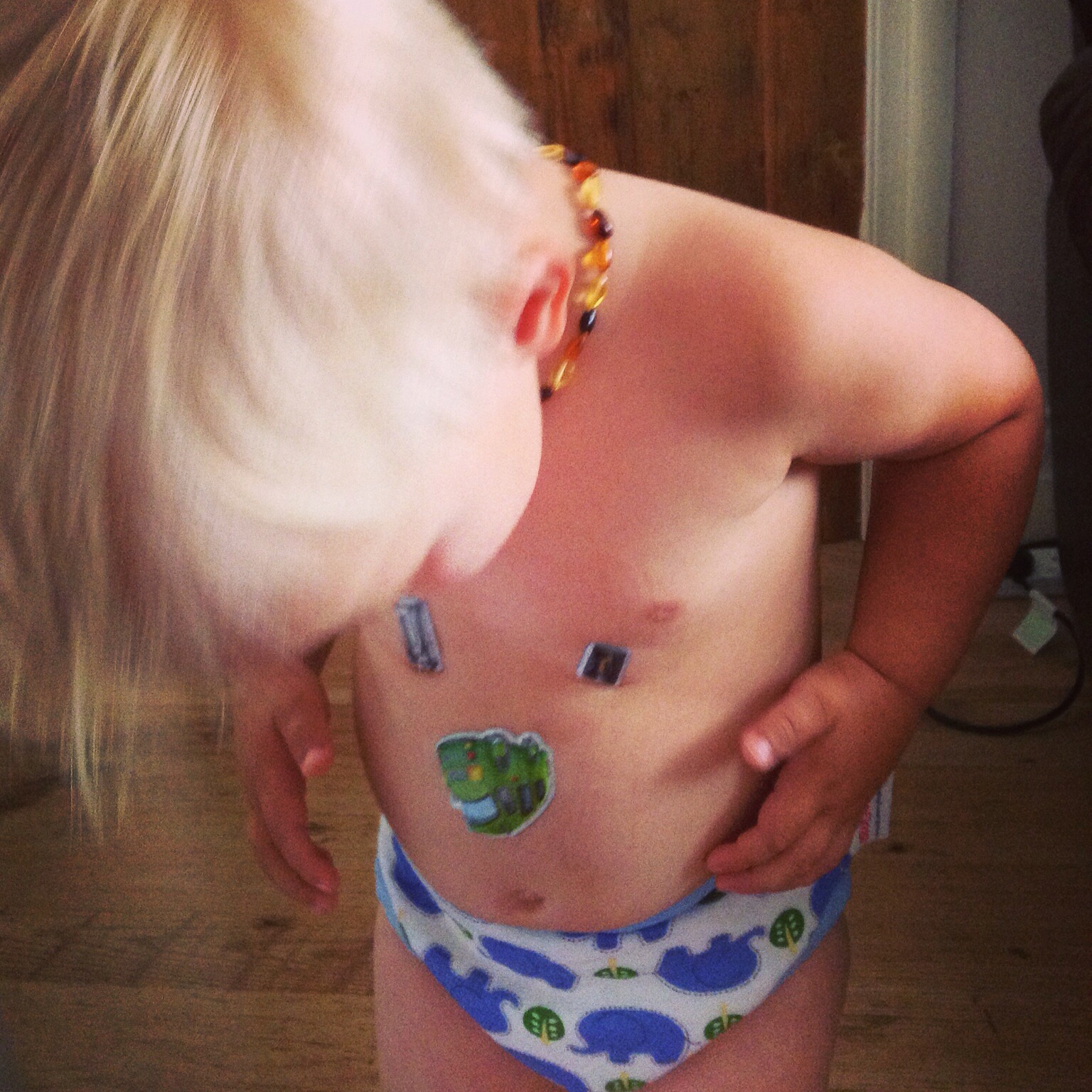 Then we’ve had two weeks of holiday. During that fortnight we have done some incredibly long journeys, been on some great days out, and stayed in three different places. He successfully managed to use the toilet every single time at a wedding (apart from one poop – he was dancing with Daddy Foote and came to see me with a poop in his pants. I said, “oops, let’s go change your pants” to which James replied, “I said, ‘Daddy! Need toilet please!’ But Daddy didn’t listen!” So of course I asked Rob when I got back to the main hall, to be told James hadn’t mentioned the toilet at all!!)

James has used the toilet with only a couple of accidents for the whole fortnight.

Kind of makes you think we’ve cracked it, right?

We have been home for three days and today was the first day he asked for the toilet. He’s had only one accident today, and so I think he’s back on track. Alas, it’s Thursday tomorrow, and consequently a day at nursery for James. Who knows how it will go!

Did your toddler toilet train first time? Have you any tips?

Finish each day and be done with it. You have done

Two dreadful weeks of training comes to a close, a

I’ve got an exam in the morning! Eep! The downsi

I’ve had my covid jab today! Have you had your

I went for a walk at lunchtime today. I put my bi

This has been a school holiday of two halves! The