James went back to preschool this week, and started doing full days there, so he’s been totally shattered at bedtime. We’ve had a couple of stories at bedtime, but mostly we’ve had quiet play then a chat before James has fallen asleep.

However, we have enjoyed stories during the day when possible. We’ve actually done something this week that people told me I should do when Noah was tiny – stories while Noah is nursing. When I’ve settled down to feed Noah, James has jumped to get a book, all of his own accord. Very nice it is too.

So we’ve read The Tiger Who Came To Tea a few times, and also Get Into Bed! which is the story of Bartholemew the bear who “isn’t tired”… We know how that goes, hey, parents?

But the overriding favourite is Bernard Most’s fabulous book If The Dinosaurs Came Back.

This book imagines how dinosaurs would fit into the modern world if they came back now. For example, they’d be helpful at putting out fires in buildings. 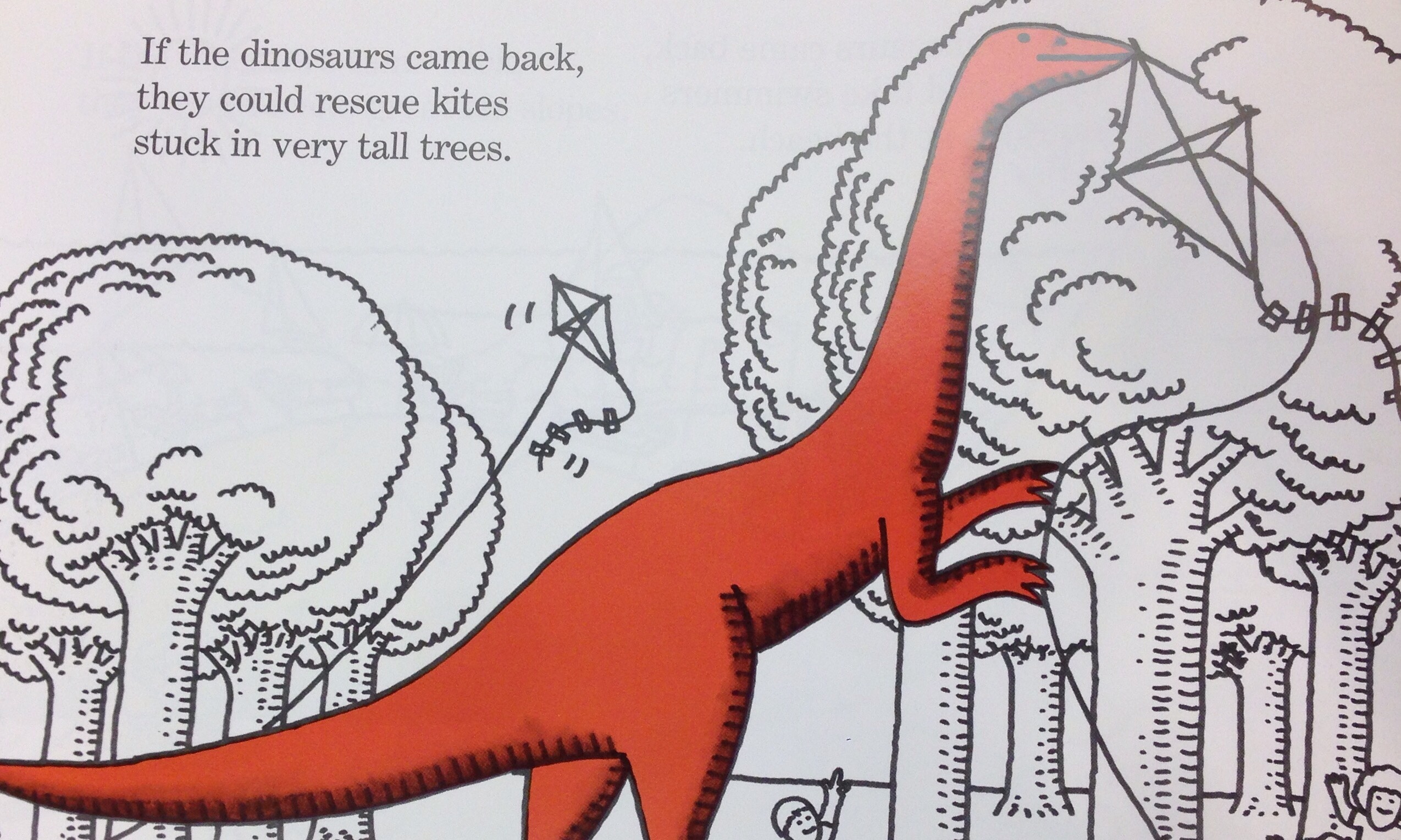 They’re also tall, so they could do useful things like getting kites down from trees.

James looks at this book and thinks it’s a colouring book. I think I’m going to find him with his crayons and this book one day. It hasn’t happened yet, but I understand his logic.

What have you been reading this week?

Hurray for half term!! I’m excited and happy t

You (and I) might see an icicle, but for Noah this

We’ve had a little walk today along the coast to